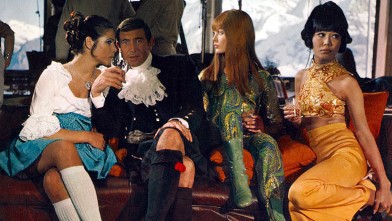 Who hasn’t been to a Bondi Bond costume theme party?
Well, now’s your chance to host one! Unless you don’t live in Bondi, in which case it’s simply, “007, the spy who shagged me” Oh no, now I’m mixing up my spies.
And you can too! Why not?
Amongst all the secret Agents and Villains there is surely a character to suit each one of your guests, from the glamourous, to the scarred, the doddering and the down right disgusting, the silly, the funny, the scarey, the hilarious…pick one, or make one up, who’s going to know?

A Bond themed party is a great way to get your friends in their most glitzy glamour, shake up a few martinis, serve some 70’s hors d’oeuvres, put some Shirly Bassey in the background and Bob’s your uncle.

Secret Agents are a popular party theme. More conservative guests can dress in a suit and tie or glamorous evening gown, although Bond has also been known to play tennis, go skin diving, or simply relax in the sun, shorts and polo shirt could suffice, why not tie a dapper neck scarf just for an added twist away from your everyday? 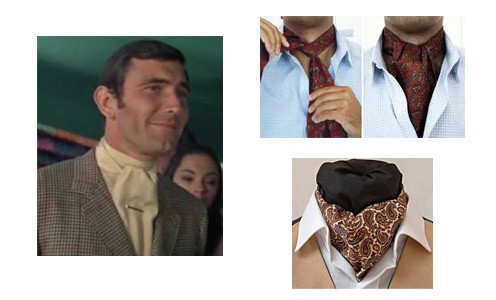 When dressing to suit the Bond theme, consult the host. They are most likely aiming to set a scene, your presentation will aid in the realisation of their vision and help take the other guests to a new place away from the everyday. 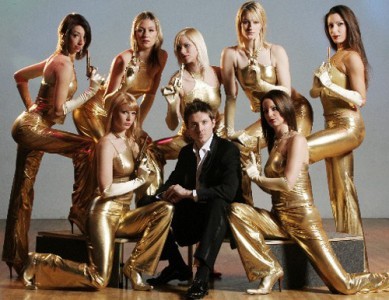 Why not get some golden jumpsuits made up by Agent Costume for you and your friends to wear!

You can let your imagination get away with you and become something as outrageous as VooDoo Villian “Baron Samedi” – Live and Let Die.

or belly dancer “Saida” – The man with the Golden gun. 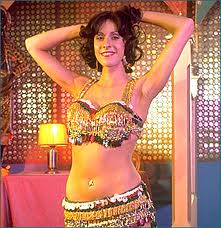 Saida – The Man with the Golden Gun

or gold gilded victim of the infamous Goldfinger… 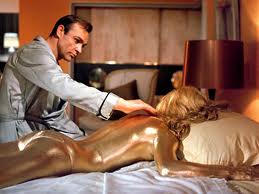 Why not simply be the man with the golden gun?

A Bond theme can often stretch out to other secret agents such as Austin Powers,Johnny English or my fave, Maxwell Smart from the TV series “Get Smart” which aired in 1965-1970.

Some interesting Bond titles:
The Spy WHo Loved Me, Moonraker, For Your Eyes only, Octopussy, The Man with the Golden Gun, Live and Let Die, Diamonds are Forever, You Only Live Twice, One Her Majesties Secret Service, Goldfinger, Dr No, From Russia with Love. 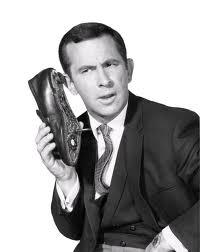 [box type=”tick” style=”rounded” border=”full”]Keep scrolling down to Contact Agent costume for your next party costume! Custom made or party hire![/box]

Got some good ideas now?
You can see how much pretty anything goes. You could be a high flier, you could be a henchman, you could be a french maid, or a casino croupier, or a shark, or a golf caddy….the list goes on. You could even make up you own secret agent identity, I mean seriously…who would know?
Create a character so well styled, so mysterious, so convincing, people just have to ask with genuine intrigue “who are you?”
Exercise your imagination and have fun!