Take a Trip with Agent Costume 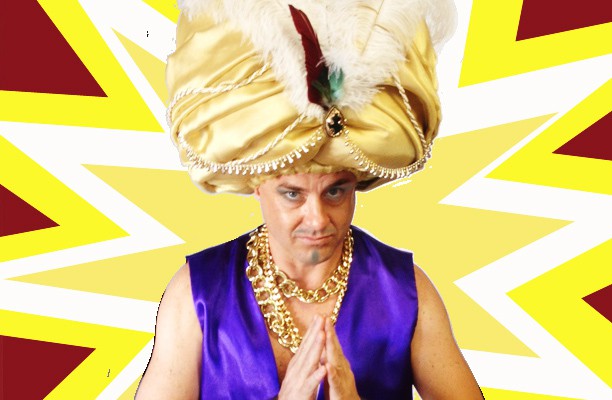 I’ve been working hard lately sewing costumes and dressing people for parties. By early afternoon yesterday I was ready for a nap when something incredible happened.
Two people walked in, “Ahem!” one cleared their throat and woke me out of my 3pm reverie. They were both so awesome I didn’t know who to fall in love with first.

“How can I help you?” I asked.
“Oh honey” they said together, “we need a holiday”
“Well” puzzlement crossed my face, “I’m a costume shop, not a travel agent” and went back to the task of polishing jewellery for hire, a nice big flashy ruby ring in fact, when KaBooM! A Golden flash! A magnificent Genie appeared! 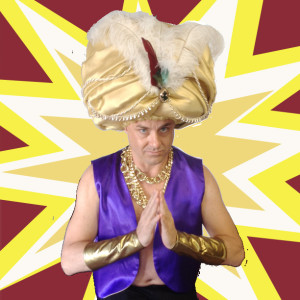 “Don’t worry, I’ve got this!” he says to me with a wink and turns to the other two “WHERE DO YOU WANT TO GO?” his booming voice attracting a curious look from across the road and scattering a local dog.

The two new incomers were as shocked as I was, but more quick thinking “Uh, uh, uh… Somewhere upbeat and sensual”

BOOM! before my eyes, we were all transported to Spain! 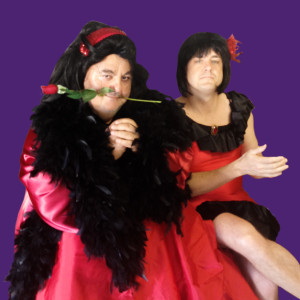 I couldn’t believe it, “Ole!” and flamenco clapping, we danced and cheered to imaginary flamenco music, oh, there was so much fun to be had. But soon, we were tired and needed a change.
Then somebody said “You know, I’ve always wanted to go and visit my long lost cousin in the States” no sooner said than KABOOEY! 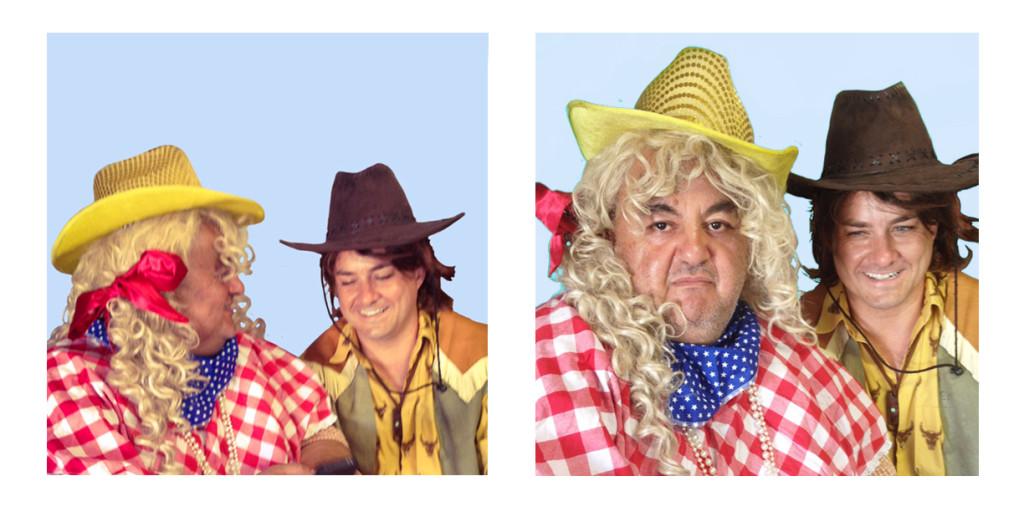 There we were, suddenly with the infamous Whiskey and Tango, they didn’t even blink an eye when we appeared, they just kept talking to themselves, we looked at each other and said “Lets get out of here!”

SHABAM! Genie took us all to HAWAII! 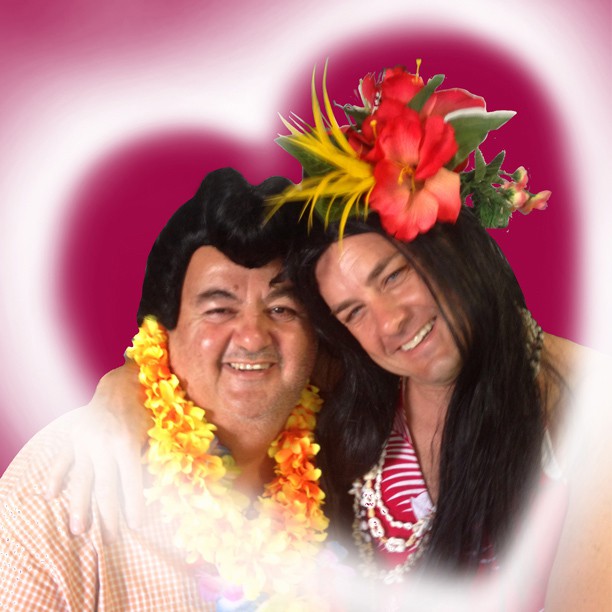 “OH MY GOODNESS!”
I saw pretty birds chirping and stars in their eyes.
“WE LOVE IT HERE!!!”

“That’s so great” I thought.
So I left them there. Genie and I zapped ourselves back to Headquarters to tidy up.

Now they have a new facebook photo and everyone thinks they’ve been to Hawaii.
Everybody wins!

Do you need a costume? We would love to hear from you! Please fill out this form and we will get in touch with you shortly.
Categories: costume characters, Costume Ideas, Costume Party Themes, MusingsBy ElisaFebruary 21, 2014Leave a comment
Tags: best costumesBondicostume alterationscostume funCostume Hirecostume shopfancy dressfancy dress hiresydney