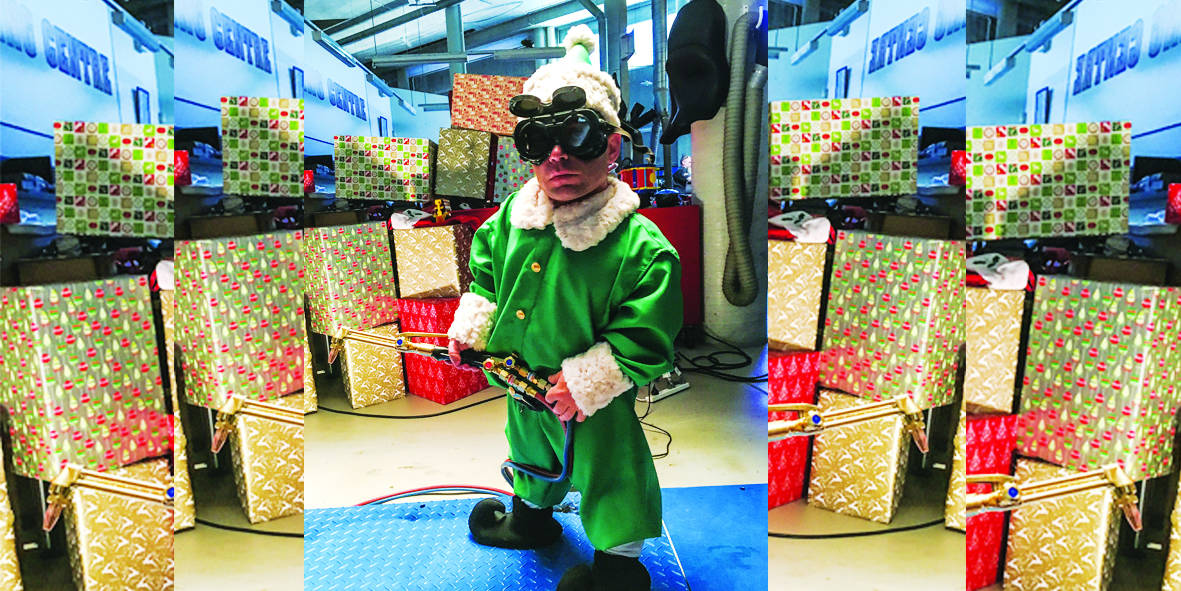 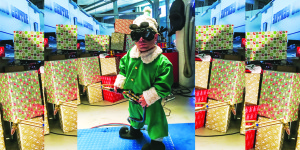 Harley Davidson gave away a customised Harley Tricycle to a very lucky and deserving kid in 2015.

I made the Elf costumes, it was a budget job for a charity event.

The challenges were:
-Minimal measurements.
-No time or budget for fittings
-No budget for fancy materials
-the arms had to be detachable for a scene where one elf rips his sleeve off, and re-attachable to reset the scene in case they didn’t get it in one shot.

Luckily:
Some outfits made previously for dwarf jockeys previously still existed in my pattern drawer, I managed to find the arms for those, crossed fingers and hoped they would work.
Found some nice fur left over from a different job a year earlier, and was able to utilise it to bring the standard up.
I made the collar detachable incase they needed to be tightened or loosened without scrunching the neck line of the shirt.
I made bootie covers with a stretch material for more variation in size.
There was green velcro in my velcro drawer and didn’t have to buy a whole 20 metres in bulk, to help mask itself in case any of it showed. It took some time to work out how to sew it in around the curve of the arm. If i had more time i would have designed it so that some rough edges showed ofter the sleeve ripped off, but sometimes the deadline arrives and you just have to hand the project over in time for the shoot.

here is the result! Lucky for some good standby to fit the costumes on set, out of sight of the line of camera, using bulldog clips and safety pins. You wouldn’t know it would you.
Pretty Groovy 🙂